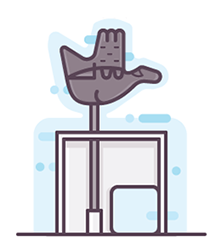 The City Beautiful Chandigarh is Indiaʼs first planned city which came into an existence after Indiaʼs first prime minister Pandit Jawaharlal Nehruʼs request to the worldʼs renowned architects Le Corbusier and Pierre Jeanneret. Chandigarh is known as one of the best experiments in urban planning and modern architecture in the twentieth century in India.

There are lot of interesting facts associated with the Chandigarh, letʼs have a look at them. 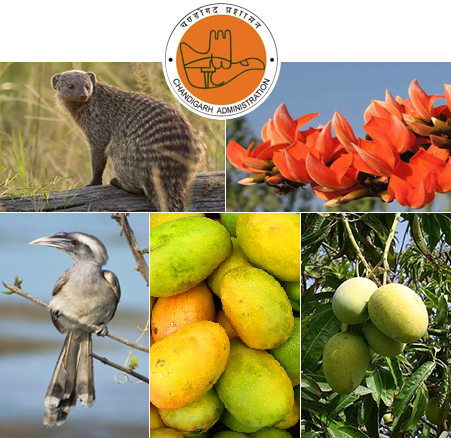 The concept of the modern and planned city was Pt. Jawahar Lal Nehruʼs idea. In March, 1948, the Government of Punjab, in consultation with the Government of India, approved the area of the foothills of the Shivalikʼs as the site for the new capital.

The foundation stone of the city was laid in 1952. the city assumed the unique distinction of being the capital city of both, Punjab and Haryana while it itself was declared as a Union Territory and under the direct control of the Central Government.

In 1949 the American planner and architect Albert Mayer was tasked to design a new city to be called “Chandigarh”. Mayer stopped work after his architectpartner Matthew Nowicki (polish architect) died in a plane crash in 1950. Government officials recruited Swiss-French architect Le Corbusier to succeed Mayer and Nowicki, who enlisted many elements of Mayer’s original plan without attributing them to him. 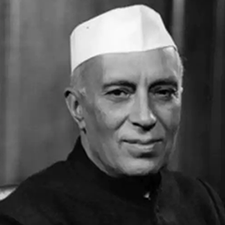 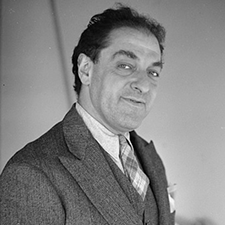 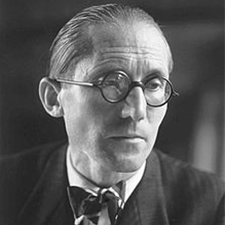 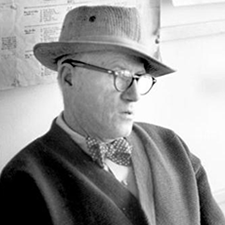 Vintage Photos of Chandigarh Under Construction 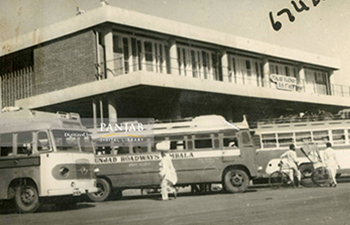 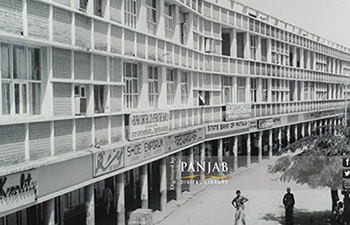 Sector 22, Chandigarh, mid 1980s. Locals know how much it has changed in last few years. 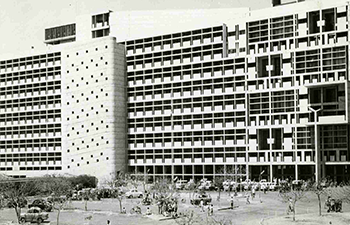 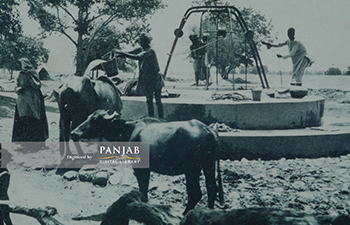 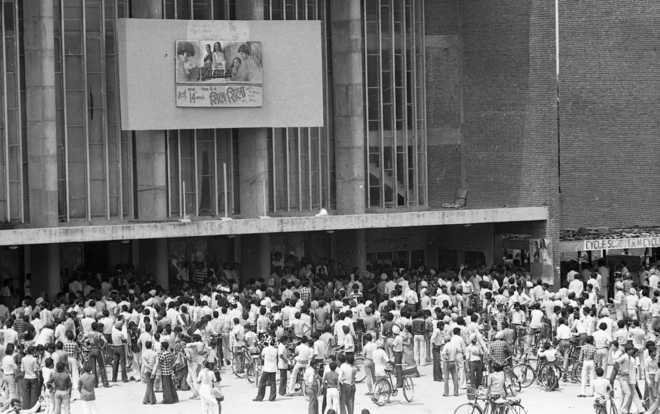 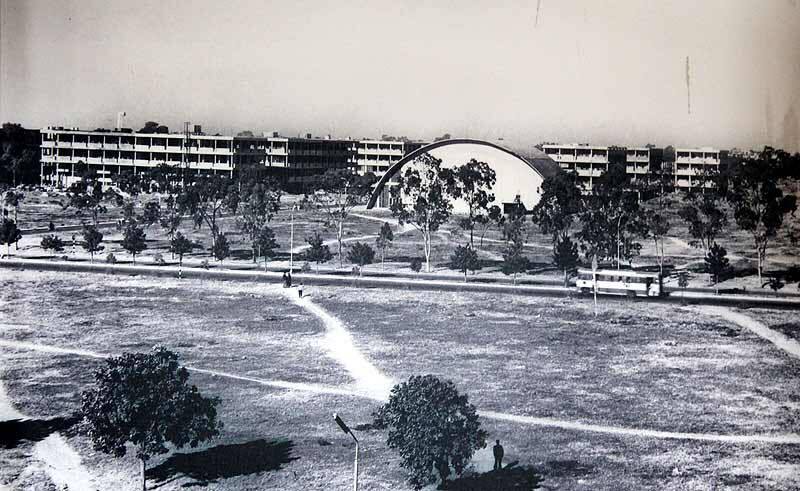 Chandigarh city is full of the people from different states which brings the great diversity in terms of the cultural events and activities. Some of the prominent activities held in Chandigarh are:-

It is a three day celebration which is organized in the last week of February. The Rose festival is celebrated in the month of February end or in the month of March. It is named “Festival of Garden” since 1987. On the special day of festival of garden number of colourful events are organized such as the performances of music & dance, flower shows, food courts, exhibitions, events by children & much more. Know More

The three-day carnival is held at Open Ground opposite Museum & Art Gallery, Sector 10. Number of cultural events are organized like dancing, singing both folk & cultural events are organized there. The impressive display of live arts workshop by students of the Govt College of Arts attracted many during the event. Carnival is celebrated every year with full enthusiasm.

Navratri is much awaited festival celebrated in Chandigarh with full enthusiasm, it is equally popular among all age groups. Garba and Dandiya nights are the prime attraction on Navratri, you can easily book tickets for such events and experience the great spirit of festivity. Kaali Bari Mandir in Ind Area ph2 is special where anybody can witness the great amalgamation of the devotion and enthusiasm.

Ramlila in Chandigarh is one of the most important cultural event. There are around 60 places where Ramlila is being celebrated. Chandigarh Kendriya Ramleela Mahasabha that connects all the city based 60 Ramlila event together by holding a three days competition. Navyug Ramlila and Dussehra Committee sector 7, Garhwal Ramleela Mandal, Bijali Board, Sec-28, Ramleela committee sec-22B are few noted and oldest societies.

Chandigarh is located near the Shivalik foothills, on an average Chandigarh is considered a city with a mix range of the climatic conditions.

Springs It is mainly starts from the February till early April, temperature varies from 14°C – 20°C, some time days can be hot and temperature may cross 30°C mark. This season considered to be the best season of Chandigarh when you can witness the variety of the flowers and plants in the local parks.

Winter Winters (November-end to February-end) are mild but they can sometimes get quite chilly in Chandigarh. Chandigarh is close to the Shimla the winds blown from the Himalayan region after snowfall results in bonenumbing chill. Moderate to heavy woollen clothes are recommended for this season. 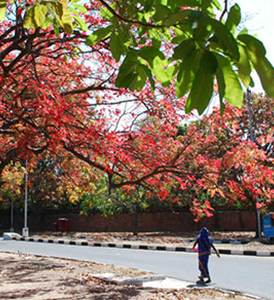 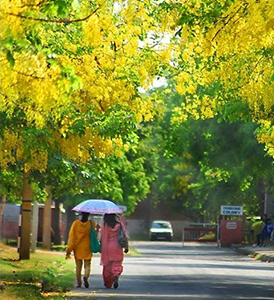 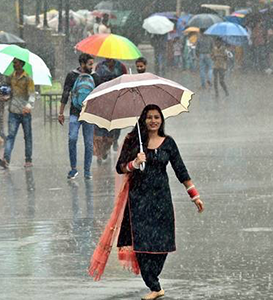 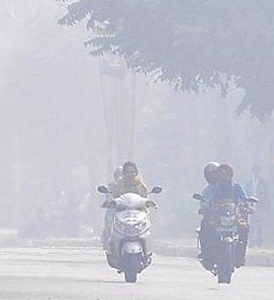 CTU (Chandigarh Transport Undertaking) and Autos are considered to be a lifeline of the local transport. CTU offers the AC enabled bus rides in the summers at very nominal prices, one can take buses from any of the bus stops built in sectors according to their convenience. If you need some quick ride then you can hire Auto Rickshaw or private taxi services like OLA and Uber. Inter State Bus Terminus 17 and 43 are two major bus stands which are not only well connected within the city but with other states as well. Chandigarh is also well connected with Railway Station and Airport, one can find private taxis / Buses / Autos from there to reach their destination in Chandigarh.

Mohinder Singh Randhawa,Civil Servant who had a major role in establishing Chandigarh

Nek Chand, Indian Artist and creator of the Rock Garden of Chandigarh 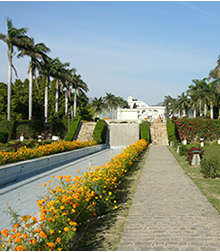 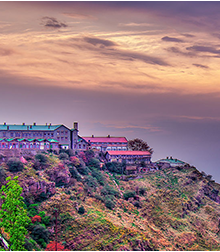 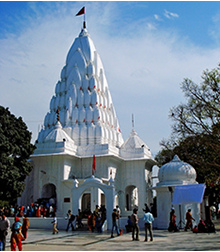 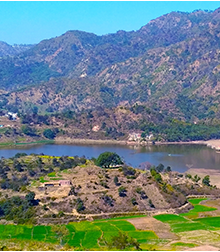 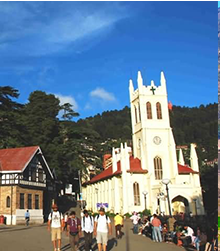